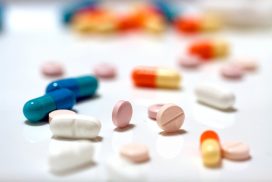 After Right to Try legislation was passed in the US earlier this year, many believe that desperate patients will now find it easier to try investigational products outside of the clinical trial setting. However, like with the FDA’s Expanded Access Program, the Right to Try law does not require companies to provide their unapproved drugs to patients. Companies are still legally entitled to refuse patient requests, and, as such, many drug manufacturers will continue to decide that is it best to withhold drug from patients not enrolled in active clinical trials.

For seriously sick patients, it can seem unfair and even unethical to refuse access to a potentially life-saving new medicine, especially if a patient is terminally ill and has no other legitimate treatment options available. However, there are a number of reasons companies might decide against pre-approval drug access.

For some companies, the issue is a lack of resources. This could mean there isn’t enough of the investigational product itself to cover efforts outside of the clinical trial. Or, it could mean there isn’t enough internal time, money or man-power to manage, regulate and control pre-approval drug access efforts. As the internet and social media make it easier for patients to connect and share their treatment experiences, even if a company starts by receiving just one or two patient requests, manufacturers will be wary of the possibility that this could lead to countless more and result in a detrimental strain on resources.  Because of this, companies will not want to put themselves in a position where they accept some patients and then must refuse others, when the demand becomes too great. For this reason, some manufacturers decide it is best to completely avoid any pre-approval drug access.

Even when a potential strain on resources is not an issue, some companies refuse to provide access to their products because the use of investigational drugs outside of a clinical trial can be considered high risk. This is, firstly, because patients accessing medicines through Expanded Access or Right to Try use those medicines in their everyday life setting, as opposed to the tightly controlled and highly regulated clinical trial setting. This means there is more chance of the product being misused. Then, secondly, patients who cannot access a clinical trial are usually excluded because they are not considered to be the ‘ideal’ study patient. This could be because they are too far along in the progression of the disease or because they are using other concomitant medications, etc. Whatever the reason, these patients are more likely to experience a serious adverse event (SAE) that is unrelated to the actual study drug.

This leads to another reason companies decide to refuse pre-approval drug access. If a patient using a medicine through Expanded Access or Right to Try experiences an adverse event, companies worry that this will reflect badly on their product and could prevent eventual drug approval. Although companies are only required to report SAEs if there is evidence to suggest a causal relationship between the drug and the adverse event, many manufacturers will not want to risk missing out on regulatory approval. Bringing a drug to market is understandably the main goal of any research and development program, as this is the only way a company can recoup the millions, sometimes billions, of dollars that it has spent. It is also the only way companies can get product to all of the patients not enrolled in the clinical trial. As such, sometimes, a company considers it better to refuse the few Right to Try or Expanded Access patients in order to prevent perceived risks to drug approval and ensure the drug is licensed and made available to the larger patient population.