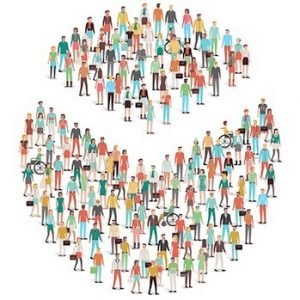 National Right to Try legislation was passed by Congress last week in an effort to make investigational drugs more readily available to patients who have no other treatment options available to them. However, many believe this legislation will do little to help patients and have argued that regulators should focus less on passing new laws and focus more on the current FDA Expanded Access framework as well as on improving access to clinical trials.

Clinical trials are considered the safest and most effective way of making investigational drugs available to patients. However, trials are often restrictive due to stringent eligibility criteria which exclude patients based on factors including age, gender, medical history, use of concomitant medication, etc. These criteria are put in place to create the ‘perfect’ population of trial patients, i.e. the group of patients expected to respond most effectively to the new drug. However, as a result of this, clinical trials can exclude a large percentage of the patient population who are in desperate need of treatment.

In 2016, ASCO, Friends of Cancer Research, and the FDA began conducting a study examining five specific eligibility criteria to determine whether modifications could be made to any or all of them in order to make oncology clinical trials more inclusive. The five criteria examined were minimum age, HIV infection, brain metastases, organ dysfunction, and prior and concurrent malignancies. Working groups then developed consensus recommendations based on the evidence generated, consultation with the research community, and consideration of the patient population.

Below is a summary of the recommendations for each criterion.

Pediatric patients are often excluded from trials for new cancer treatments. As a result, patients under the age of 18 can be forced to wait until a drug has been tested and approved for use in the adult population before accessing it. Based on the study, the following two recommendations have been presented:

Despite the fact that cancer has become the leading cause of death in HIV patients, oncology clinical trials usually exclude these patients. These patients are often considered too ‘risky’ to include, as they could have a serious adverse event (death) while taking the drug that is related to the HIV and not the medication. However, HIV patients now have greatly improved treatment options available to them, resulting in near to normal life expectancy for the majority of the patient population. Based on the study, the following recommendations have been presented:

Similarly to HIV patients, patients with brain metastases are often considered too ‘risky’ to include in oncology clinical trials and are prevented from enrolling. This continues to occur despite the fact that many of these patients experience stable brain metastases and are, therefore, less likely to experience an adverse event related to the condition.  Based on the study, the following recommendations have been presented:

Cancer patients who suffer from organ dysfunction, such as renal disease, cardiac disease, or liver dysfunction, are commonly excluded from clinical trials. However, due to our aging population, it is becoming increasingly common for cancer patients to suffer from these kinds of additional conditions. Excluding these patients from the trials, therefore, results in a very narrow understanding of how the drug will work in the larger patient population once it is approved. Based on the study, the following recommendations have been presented:

Prior or Concurrent Malignancies

Patients with a prior history of cancer or with two concurrent cancer diagnoses are more likely to be excluded from clinical trials than those patients with no prior or concurrent malignancies. Based on the study, the following recommendation has been presented:

According to ASCO President, Bruce E. Johnson, the recommendations above provide a roadmap for how to safely and effectively include a greater number of patients in clinical trials. These sentiments have been echoed by Dr. Jeff Allen, President & CEO of Friends of Cancer Research, who claims that broadening the eligibility criteria will improve access and ensure that trial results are more reflective of the greater patient population.