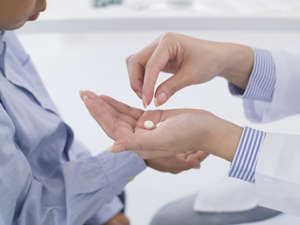 The Right to Try movement in the US has been gathering momentum in the past year. Currently, 38 US states have enacted Right to Try legislation, and national-level legislation is now being considered by Congress, after being passed by Senate last August.

However, there are some who are trying to prevent the spread of Right to Try, due to fears that this legislation will end up doing more harm than good. A letter advising Congress to oppose the national Right to Try bill has been signed by doctors, medical ethicists, lawyers and patient advocates across the country, all of whom believe that Right to Try will pose considerable harm to patients’ health and wellbeing.

Right to Try has been presented as a replacement to the FDA Expanded Access mechanism that currently exists to allow patients access to experimental drugs. Proponents of the bill believe that the FDA should not be involved in the process, and Right to Try legislation would, therefore, remove all FDA oversight and would leave it up to the pharmaceutical companies to decide whether or not to provide their products.

The several hundred signatories of the letter addressed to Congress are strongly opposed to this removal of FDA oversight. The letter reminds Congress that the FDA aims to protect patients and provide safe drug access. It does not oppose early access to investigational drugs and actually approves 99% of the Expanded Access requests that it receives.

The letter also stresses that FDA commissioner, Scott Gottlieb, has voiced his concern with the Right to Try legislation. Gottlieb has said publicly that, in his view, it is supply issues, not the FDA, that limits patient access to investigational medicines. According to Gottlieb, more often than not, patients are denied access to a drug because the pharmaceutical company only has enough supply for the clinical trial patients. In those cases, the drug request is not even brought to the FDA for review, because there is nothing the agency can do to grant access if the pharma company refuses.

The signatories, therefore, argue that Right to Try will do very little to improve patient access, and will harm patient wellbeing by providing false hope. They recommend, instead of introducing new legislation, regulators work on improving the current Expanded Access mechanism.