When a drug manufacturer is producing a new drug for market use, it will have to conduct a clinical trial in order to prove the safety and efficacy of its product. This is done by giving half of the trial subjects the new drug, and the other half a different product, and then comparing the effects.

Traditionally, the different product would be a placebo, or sugar pill. This pill looks exactly the same as the new drug, but does not contain the active ingredient. This, therefore, means that half of the trial subjects would receive no form of treatment. 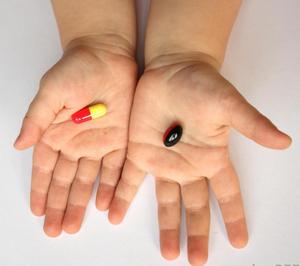 The biggest reason cited for using a comparator drug rather than a placebo drug is an ethical one. Many subjects involved in a clinical trial are suffering from life-threatening diseases and have enrolled in the trial in order to gain access to what could be a life-saving treatment. It would, therefore, be unethical to give some of these subjects no treatment at all. Using a comparator drug means that these subjects are at least receiving a treatment that is known to be effective and beneficial.

Along with the issue of ethics, there is also the fact that the FDA is choosing to heavily promote comparator trials over placebo-controlled trials. This is because comparing a new drug to an already approved drug can prove that the new drug is just as effective as, if not more effective than, existing treatments. In this way, the FDA can avoid approving drugs that are less efficient than the existing drugs, or that pose higher risks.

However, despite the obvious benefits of using a comparator trial, placebo-controlled trials are still regularly conducted. For some manufacturers, it is more cost-effective to use a placebo-controlled trial. This is because it eliminates the risk of conducting an expensive comparator trial, only to fail to prove any advantage over the existing treatment options, and have the drug disapproved. By only having to show that its drug has a suitable level of safety and efficacy, and not necessarily more than any licensed drugs, a manufacturer is more likely to gain FDA approval.

Also, in some cases, large numbers of trial subjects might have shown resistance or intolerance to existing treatments, in which case a placebo-controlled trial would be more effective. This would ensure greater patient safety and more efficient trial results.